Back in Action Blog

"I’ve been lucky enough to trial more chairs by the age of just 23 than most people would in their lifetime."

When I was 11 my mum asked me to sit still on a wooden chair so she could film me for 1 minute for an art project of hers. I mean how hard can that be right? As I am sure you’ve already guessed based on the title of this blog I did not succeed.

There was nothing that could have stopped be fidgeting even for a minute. Picking up that tomato on the table next to me, reading out loud the book titles I could see in front of me… literally anything BUT sit still like I had been asked.

Given I struggled to sit still for a matter for 60 seconds you can understand that the idea of asking me to sit still for the duration of an entire film was verging on insanity. Until about 2 years ago I’d never seen Toy Story, Bambi and so many other childhood classics. Shamefully I’ve still never seen a lot of them including The Lion King… 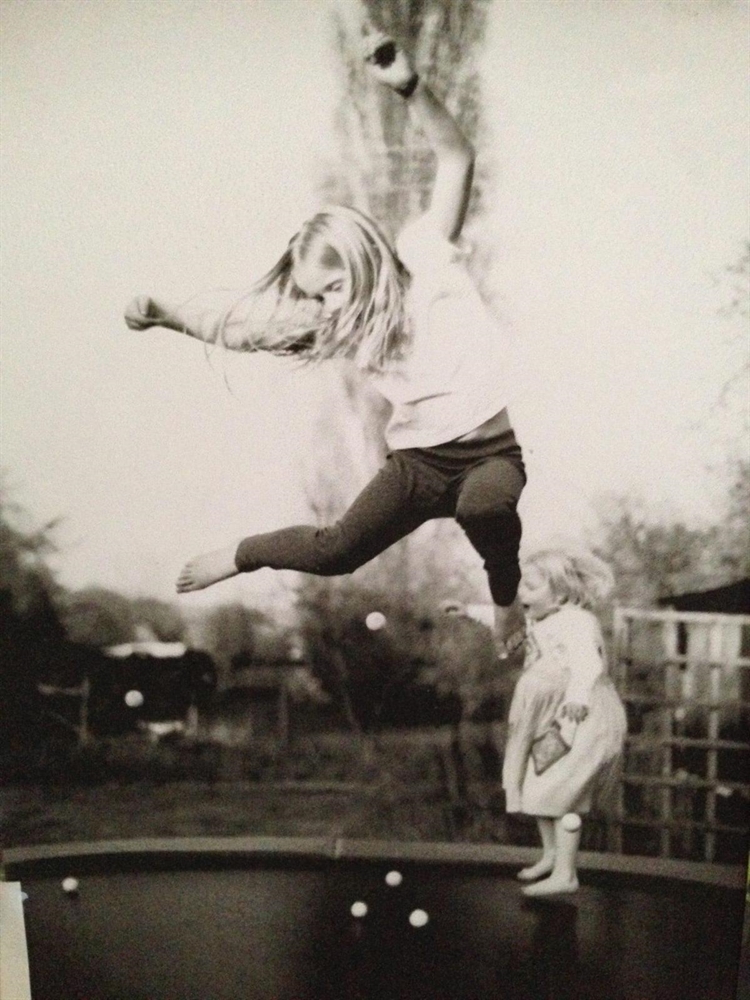 I knew I’d always had a ridiculous talent at procrastinating, I never ran out of energy and getting me to sleep was near impossible, but I wasn’t diagnosed with ADHD until I was at college. Even then it was not something I’d picked up on myself. My law a-level teacher asked me to go for testing due to my lack of concentration and amazing ability to distract myself or daydream during her classes without even realising.

After this, throughout all my a-level exams I had a prompt which meant every 10/15 minutes the invigilator would tap me on the shoulder to make sure I was still paying attention. I still find it funny how much I can drift off without even realising I’ve done so until someone pulls me back into the room or taps me on the shoulder just like back in my exams.

Fast forward 7 years from diagnosis and being hyperactive and working in an office is possibly one of the hardest combinations I have ever had to master. But I honestly believe that fidgeting has been the answer.

Now I know what you’re thinking… surely fidgeting is a bad thing?

I’d be lying if I said that people who fidget aren’t generally more prone to mind wandering and daydreaming. We often tend to fidget while our mind is wandering during a task. If your mind wanders, there is always the chance of performing more poorly on whatever task you are doing.

Research suggests that fidgeting is associated with how stimulated we are. In other terms, fidgeting may be a self-regulated way of helping us increase or decrease our attention levels depending on what’s required – either calming or energising us.

But whilst many people believe that fidgeting indicates a problem I think it could actually be the solution. Fidgeting helps provide a low level of physiological stimulation that brings our attention and energy to a level that allows our minds to focus better on the task at hand.

Back in school I’m sure you were told off at least once for drawing or doodling during a lesson as it showed your “lack of attention” to the class.

Interestingly though, one study carried out found that people who doodled whilst observing a phone conversation remembered more facts when asked later than those who didn’t. We also know that people with ADHD do better on some cognitive tasks when they are engaged in greater spontaneous bodily activity (though no such effect was seen for children without ADHD).

So, thanks to my parents owning a furniture business since before I was born I’ve been lucky enough to trial more chairs by the age of just 23 than most people would in their lifetime. And the following are the three chairs every fidget needs in their life. 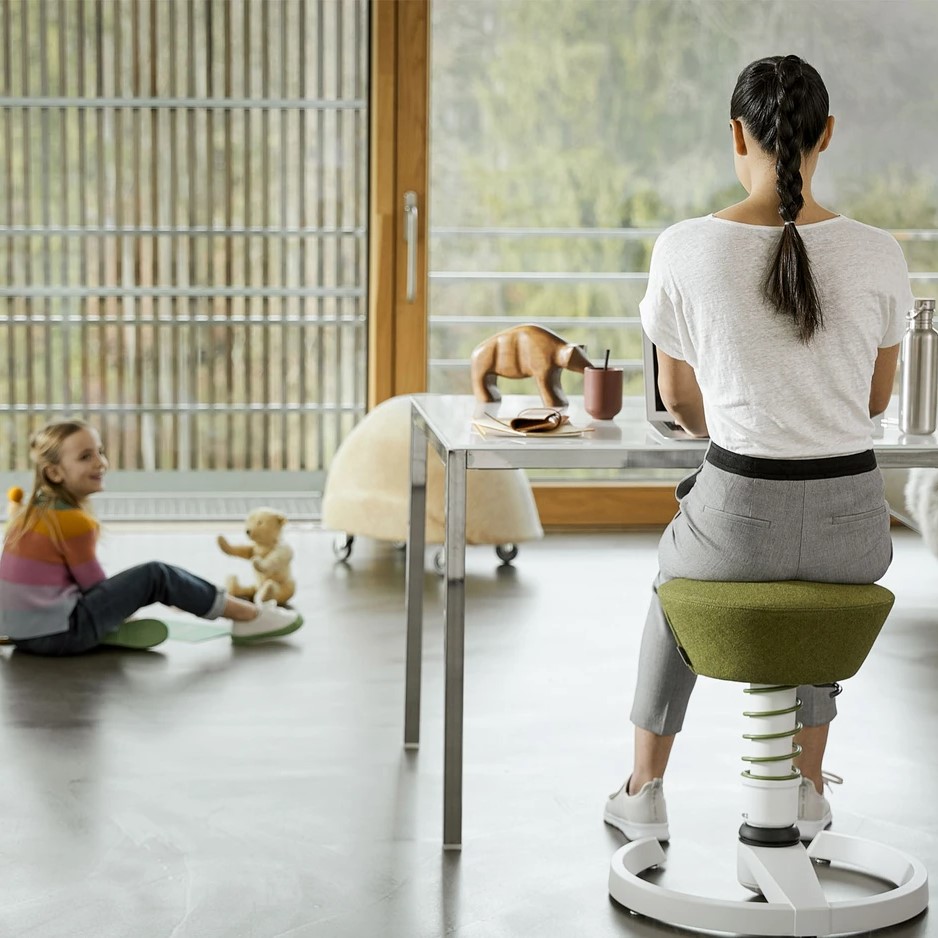 First up is the Swopper. It’s hard to explain in writing just how much movement and joy this chair brings. You can bounce up and down, side to side, forwards and backwards. It is quite literally the ultimate chair for a fidget or someone who just wants more movement when sitting.

It’s worth noting that it’s not easy to start with as you have to allow your fitness to improve - but boy it is worth it. 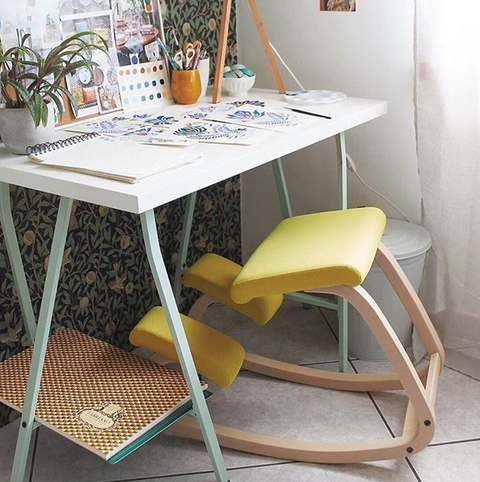 Up next, we have the Variable. It doesn’t need much explanation and in my opinion it’s without a doubt the best kneeling chair you can buy. It’s basically a better, backless, modern version of my grandmothers rocking chair. I mean just look at it! 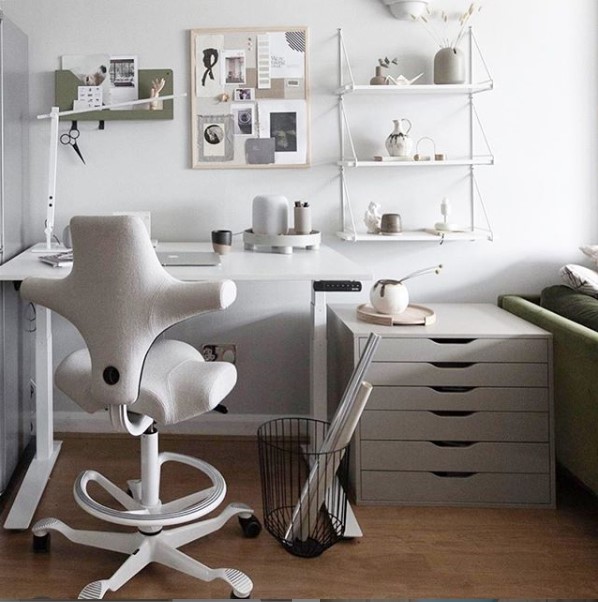 Last but not least, we have the Capisco. This is the only one of the three with a backrest built in. Although you can buy backrests separately for the other two, most people predominately use them without.

The design of the Capisco allows more variation in seated posture than any other chair I’ve tried and is also the only chair that is just as comfortable at standard desk height and semi-standing height. I use a sit-stand desk in the office (which has benefits of its own) but also personally helps reduce the amount my body wants to fidget to a more manageable level when stood up. It also gives me the freedom to switch between sitting and standing in a matter of seconds.

One thing about this chair that makes it undeniably versatile for a fidget is the fact that you can pretty much sit on it any way you want. Tired in the afternoons? Turn it around, sit on it back to front, lean forward onto the backrest and use the arms for support.

Coming from someone who has always struggled with concentration levels and sitting still ergonomic chairs have quite literally changed my life. Fidgeting is certainly not something I have trained myself out of completely but now I’ll never have to.