Back in Action Blog

The idea isn't that you sit all day or that you stand all day - neither are great for you if its all you do - the idea is that you create huge variety.

Having used standing desks since long before they were fashionable, we are absolutely passionate about them.
Our staff's health speaks volumes of the benefits too - many join our teams us with back problems but despite this our overall sick leave due to back pain in the last 10 years is 0.1% (UK average is as much as 40%)

People are sitting down at work, then sitting in the car and then sitting down in front of the television. Your metabolic rate crashes to an absolute minimum. It isn't natural. Humans are design to stand up and keep moving.
- Dr John Buckley.

At Back in Action we all work at sit-stand desks and wouldn't have it any other way! We aren't the only ones - users world wide have seen improvements in their health and well being, increased productivity, decreased back pain and even weight loss. We find it is the combined ability to sit and stand that has the greatest benefits.

Sit-stand desking is great for health, productivity and your waistline! Back in Action's Sit-Stand range is worth evaluating for its appearance alone.

My theory about sitting is simple: if we are allowed to move, we move
- Peter Opsvik. 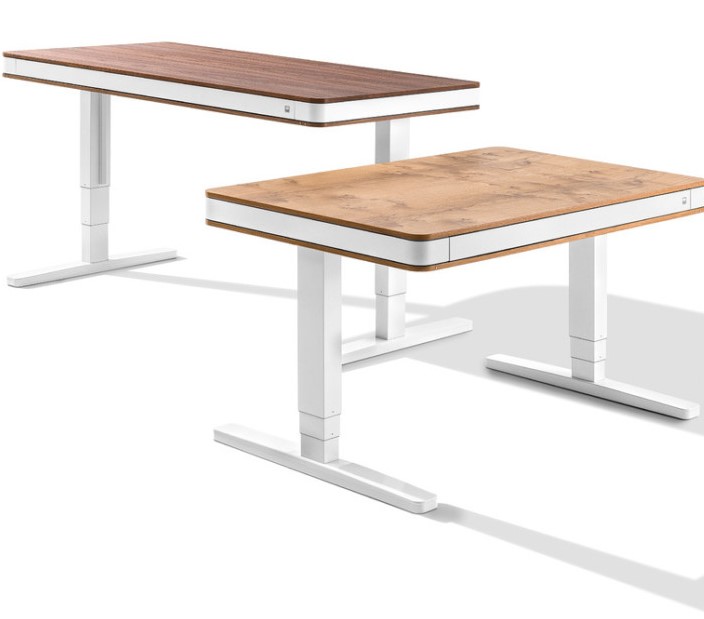 We live in the body of a Hunter Gatherer, yet spend most of each day sitting still.
Not surprisingly we experience reduced circulation. In particular our blood and lymph systems work more slowly.

By alternating your work between sitting and standing your body may at first feel a little tired, but it will be encouraged to get fitter, and after a few weeks those who mix sitting and standing in a balanced way report decreased back problems, extra vitality and less illness compared to those who work purely sitting down or purely standing.

There are two ways this is improved:
First an increase in health and vitality allows you to function better (Hemingway, Dickens and Kierkegaard all had standing desks), second, the ease with which one can move while standing means some tasks are performed more quickly. (try the simple task of assembling and posting a letter sitting vs. standing).

Our body is designed for variety and movement. When we sit all day, even in a Back in Action chair, our calorie burn is lower.

At Back in Action almost all our chairs increase activity and burn more calories by an estimated 20% which leads to increased fitness and alertness. Add the extra calories used by active sit stand work and you'll be fitter and slimmer ( if your calorie intake stays the same.) Of course, you may not like to lose weight, in which case you could always go for the extra bun!

It really works (we use it!)

After trials at our Amersham shop we have installed Sit Stand workstations for all Back in Action staff. We have also installed these systems in home and commercial offices, with exceptional user reaction. 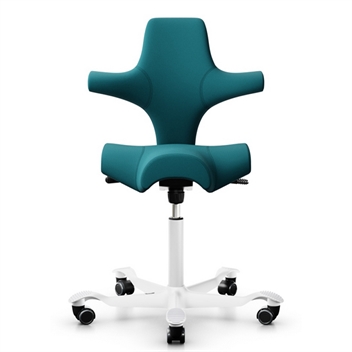 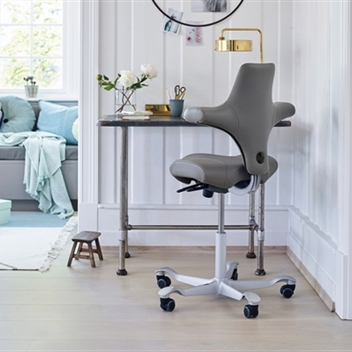 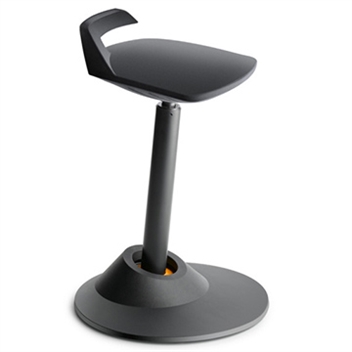 Muvman Stool
What is Active Sitting?
from £369
In Stock 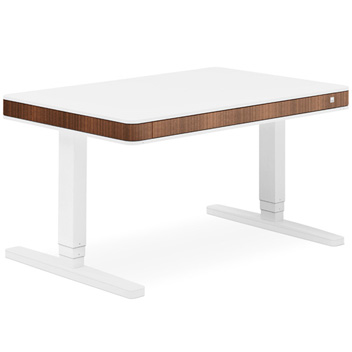 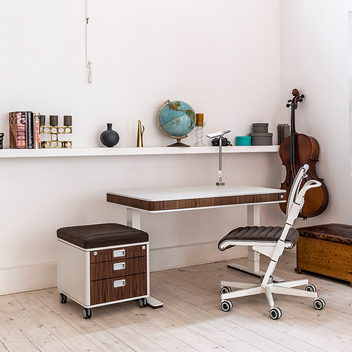 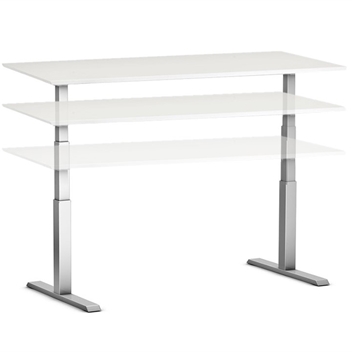 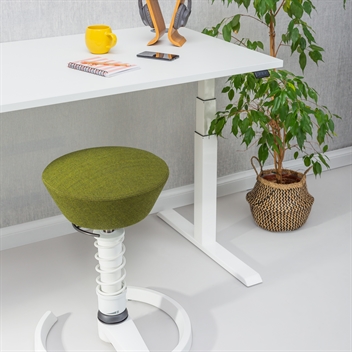